Xing Nan, Bei Miao, Dong Shan, Xi Zhao, and Kun Zhong are the descendants of the Fire village, the Water village, the Wood village, the Gold village, and the Earth village respectively. Their bodies contain a mysterious gene. With the power of the Guang Ying Shi ("Light-Shadow Stone") crystals, they are endowed with magical Powered Armor, heirlooms from ancient times.

The villains' plan is to disrupt the happiness of the community by using pollutants to make pollution monsters that harm the environment and the community's peace. Through their hard work of beating monsters up with a single finisher, the Armor Heroes achieve victory by sealing the fifty-two monsters in fifty-two magical stones and five large magical charms.

Names are from the subtitled/dubbed version of the series.

Opening: We Are The Armor Hero 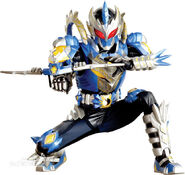 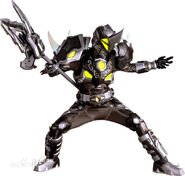 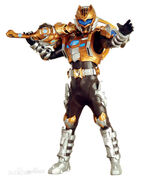 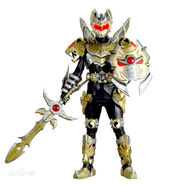 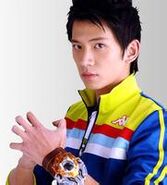