Six months ago, a truck carrying a dangerous virus that mutated the human gene into a variant, Ocasian, was suddenly attacked, causing the immature virus to leak and spread in the city...

Three months after the incident, in order to make a lot of money, Mr. Ma Tian, ​​the chairman of Day & Good Group, cooperated with General Manager Li of the Department of Biochemical Virus Research to capture Oxter and want to obtain serum in his body to gain benefits. on the other hand. Ke Guolong, director of the Super Armor Institute, also used the elemental energy of nature to develop four sets of super armor, which made Ma Tian interested in its power.

After another three months, the late detective Duanmu Gushang’s son, Duan Mu-yan, met a girl who believed that his father’s death was related to Ocasian: Ma Lingling, during the return of the two men after investigating a case of disappearance Suddenly, they were attacked by Oxus, in the critical moment, Lingling took out a belt and gave it to Duanmu, and turned him into one of the super armors developed by Ke's director: Armor Hero Lava!

Who is the real identity of Lingling, and why is the super armor developed by Ke’s director in her hands? Is the death of Duanmu's father really related to Ocasian? 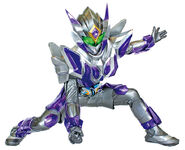 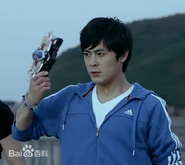 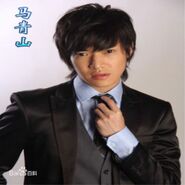